For a detailed presentation

You can download the PDF document and choose between hi-res photographs suitable for all kind of media: Photo 1, Photo 2, Photo 3, Photo 4 (to download right click and choose “download link as” or “Save link as”). 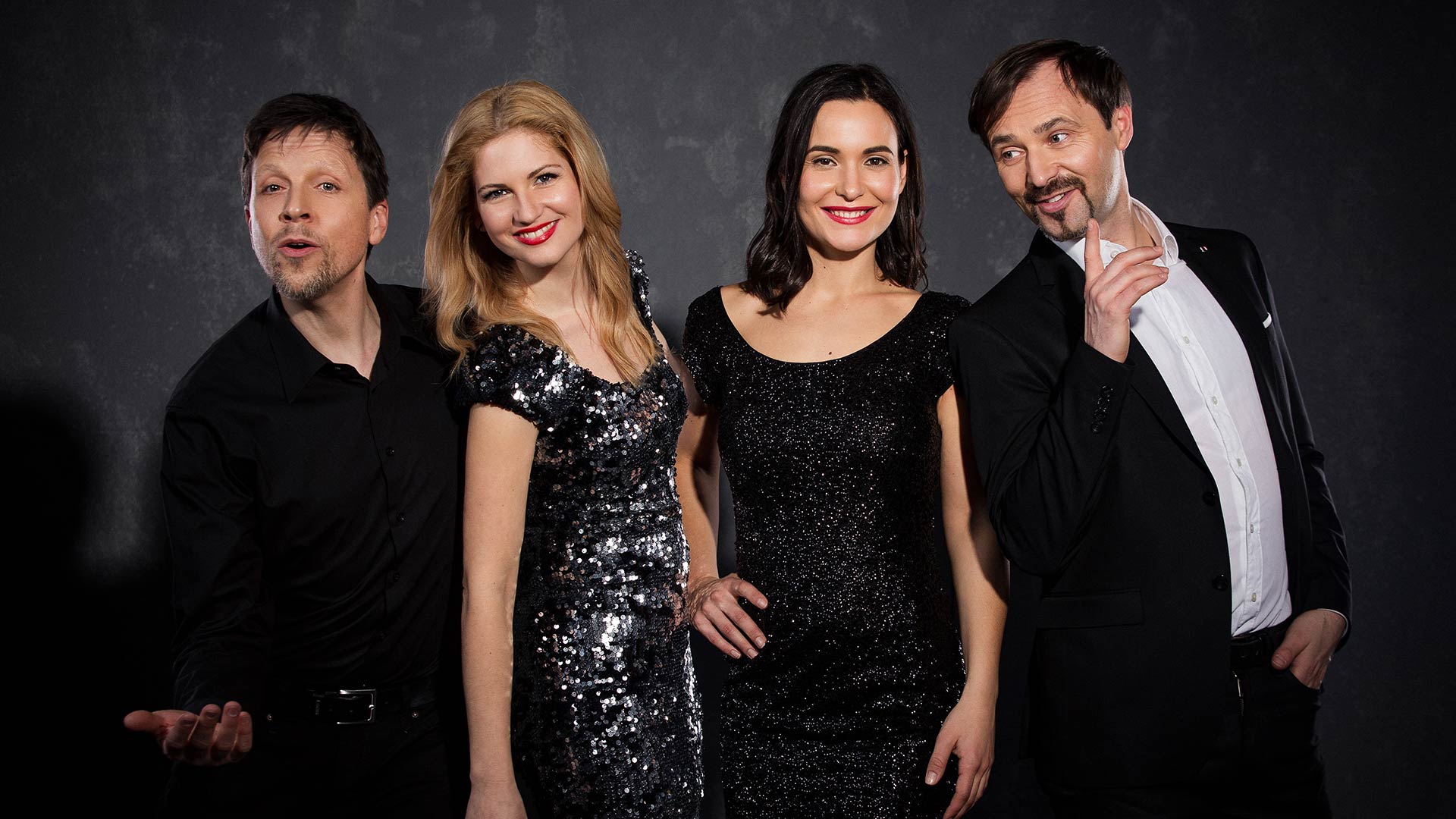 “Vox Arsana approaches standard repertoar with a fresh and modern attitude, but doesn’t want to disfigure the original just for the sake of a grandiose effect or surpassing themselves. On the contrary – one can feel that old simple joy of singing in their interpretations that is so many times lost nowadays. They handle their music with respect for the art itself and for the original authors. Their arrangements of many times heard standard tunes sound decisive and fresh and fit perfectly with their original music. The title tune TURN IT UP presents authentic sound of the big American stages, which the members of the band know how to use in just the right extent.”

“It’s almost unbelievable, how the New York Voices demonstrated boundless lightness of singing and showed that despite 26 years of performing they can still overwhelm and charm the audience. They performed in Ljubljana for the second time and presented a palette of musical influences – from latin jazz to American pop rock songbook. New York Voices then invited their Slovenian friends, vocal quartet Vox Arsana to join them on stage. Together they performed Orange Colored Sky. It was an amazing night of vocal jazz, their last in the European part of the tour, in many ways a true masterclass of vocal jazz.”

“After studying with the New York Voices in the USA the singers of Vox Arsana showed impressive improvement both in vocal and stylistic point of view. I believe they are currently the best Slovenian vocal jazz group. The arrangements of their tunes are the work of the greatest masters and their performances a presentation of excellence.”

“The audience was absolutely hypnotized listening to the performance of Slovenian vocal quartet Vox Arsana and was shocked by the lightness of interaction between their voices, mixing and combining, giving a whole new meaning to the classics like Fly Me To The Moon, Over The Rainbow, Sing Sing, Sing …”